The prevalence of surprise billing and out-of-network charges for ambulance rides and ambulatory surgery center (ASC) visits was examined by a couple of studies. ASCs, which provide same-day surgical treatment and medical procedures, have grown in popularity due to perceived lower costs than conventional hospitals for procedures such as colonoscopies and other gastrointestinal procedures, cataract surgeries, and orthopedic procedures.

One of the biggest pain points of the health industry is Surprise Billing. Usually, these bills arise when patients receive treatment from a provider who is not in their plan’s network, even if they are being treated at an in-network facility.

As the health plan does not provide discounts for out-of-network services these bills are very high and unforeseen most of the time. This prompted policymakers to prioritize the prohibition of surprise billing in future legislation before the COVID-19 pandemic happened.

However recent studies have indicated that surprise billing is actually quite common in many healthcare environments.

The study conducted by researchers from the University of Michigan found that between 2013 and 2017, many patients (71 percent) in the large national insurance plan incurred out-of-network bills for ground and air ambulance transport, and these bills were very huge.

For ground transportation $450 and for air transportation $21,698 was the median potential surprise bill. The data study of the Clinformatics DataMart Database showed that while out-of-network air ambulance bills were larger, out-of-network ground ambulance bills were more prevalent, resulting in potential surprise bills of a total of $129 million per year.

It is discovered by researchers that 79% of ground transportation providers used during medical emergencies were out of network. While the results highlight the difficulty of selecting an in-network provider during an emergency, researchers also found that even in non-emergency cases, 52 percent of interactions were outside the network. A separate study found that patients were less likely to get potential surprise bills from visiting an ASC.

Between 2014 & 2014, 2.4 million ASC-based episodes of care from across the USA were examined by researchers from the University of Southern California’s Leonard D. Schaeffer Center for Health Policy and Economics. A database of claims from some of the largest commercial insurers of the country was used by them.

10 percent of the ASC-based episodes were concerning patients that we being treated at an in-network ASC but involuntarily received treatment from an out-of-network provider.

Researchers stressed that potential surprise bills from ASC’s occurred almost as often as from hospitals, and most of the bills from ASCs included out-of-network ancillary providers that patients did not want or could not prevent.

The study, however, also revealed that in almost 25% of the ASC-based episodes that had the possibility of resulting in a surprise bill due to out-of-network care, the health plans paid full bill charged. In 2017, the potential surprise bills averaged $1,483. Erin Trish, the co-author of the study and associate director of the USC Schaeffer Center and assistant professor at the USC School of Pharmacy, explained, “While these patients are protected from receiving an unexpected bill, it means that enrollees in these plans pay higher premiums.”

10 Percent of potential surprise bills from ASC-based episodes of care were accounted for by independent laboratories. Pathologists accounted for three percent. During the COVID-19 pandemic, the results of the study are particularly resonant, as the results show that the laboratories responsible for analyzing tests for the virus have the potential to surprise bill. Although the Congressional CARES Act requires insurers to pay the listed costs of out-of-network providers’ COVID-19 tests, no limitations have been imposed on how high such rates can be set. The ultimate burden of this will eventually fall on policyholders in form of increased premiums.

Significant surprise billing proposals, including the Lower Health Care Costs Act of 2019, have concentrated on hospital and air ambulance expenses. Policymakers have yet to agree on how to ban surprise billing, but intervening now could aid patients to cope with the crisis of COVID-19. To help protect patients from these high, unanticipated costs, federal action should be taken. 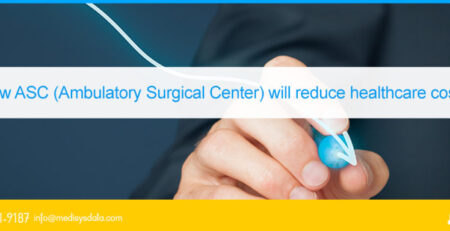 Ambulatory surgery centers (ASCs) have demonstrated an ability to control costs and save money with improved quality and customer... read more 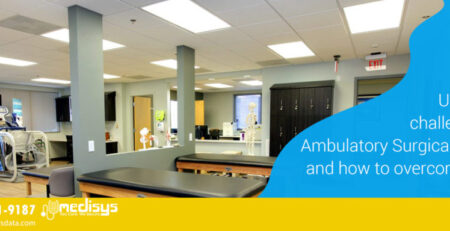 Upcoming challenges for Ambulatory Surgical Centers and how to overcome them

Ambulatory Surgery Medical Billing basics you ought to know

From the outset ASC billing (Ambulatory Surgery Center) is totally different than any other type of medical billing specialty. And as... read more